We use cookies on our website. They help us get to know you a little and how you use our website. This helps us provide a more valuable and tailored experience for you and others.

You can revoke cookies at anytime at the bottom of the page.

Domori was founded from the creative mind of Gianluca Franzoni and his passion for nature, gastronomy, and cocoa. In 1993, after he finished his studies in economics, Franzoni landed in Venezuela. There, fascinated by the magic of cocoa, he decided to create a production and business model for repositioning high quality cocoa on the market.

Franzoni lived in the field for three years. He experimented with different cocoa varieties and post-harvest beans with the scope of preserving Venezuela’s biodiversity and halting the extinction of a particularly fine quality cocoa: Criollo.

Today, Domori produces and sells a wide array of gourmet chocolate destined for both pastry in haute cuisine and retail in specialized, select stores. Domori means “Due Mori” in Venetian, or “Two Mori,” where “mori” refers to objects of dark color. The name was born after founder Gianluca Franzoni’s extended stay in Venezuela. He lived on cacao and coffee plantations and wanted to choose an evocative name for his project: he perceived Venice as a land of exchange, of spices and ideas, and of its Due Mori – the two bronze statues on the Clock Tower in Piazza San Marco. To Gianluca, they also represent two dark, toasted beans from Venezuela: coffee and cacao.

The company is based in None near Turin in Piedmont. CEO is Andrea Macchione.
Since 2006, Domori has been part of the Gruppo illy SpA, whose president is Riccardo Illy.

NOTE: please find further information on the full sustainable supply chain, including the own Hacienda San José in Venezuela, the production methods and the Domori tasting codes. 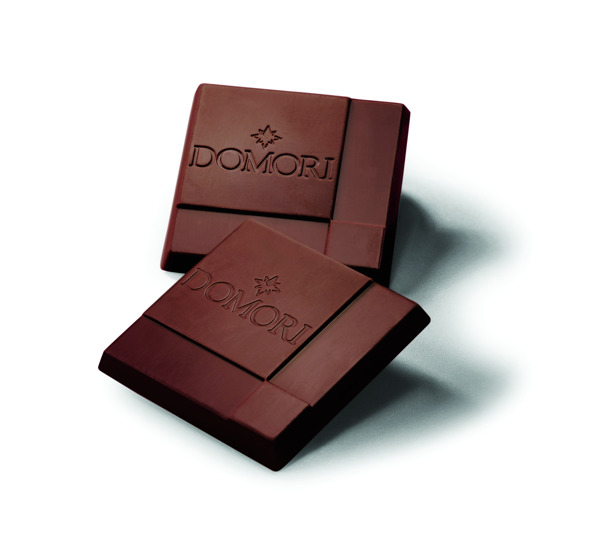 DOMORI: THE EXCELLENCE IN CHOCOLATE - MAKING

Domori, the Italian Brand widely recognized for making some of the finest chocolate in the world, was founded in 1997 by Gianluca Franzoni and in 2006 has been included in the "illy Group" (Group Illy).
Domori, based in None (Turin), is considered a leading brand in the world of super-premium chocolate.

Today, the original Domori model, based on a the shortest and most rigorous supply chain and recipes, is widely recognized and adopted by chocolate producers all over the world.
In March 2019, Prestat, one of the UK's most loved chocolate brands, joined Gruppo Illy: thanks to this deal, Prestat can access Domori's single-origin couvertures, making it the only chocolatier with a Royal Warrant, and the only sizeable UK artisan chocolatier to have complete control of the chocolate-making process from tree to truffle or bean to bar.

Today, both Domori and Prestat are part of the Gruppo illy sub-holding "Polo del Gusto" - chaired by Riccardo Illy - gathering all the extra-coffee activities. At present time, Andrea Macchione is Domori’s CEO and founder Gianluca Franzoni is President of Domori. In September 2019, Domori started a creative partnership with Annamaria Testa, who signed the Brand's new claim "Chocolate is a world".